The Power of Intentional Appreciation 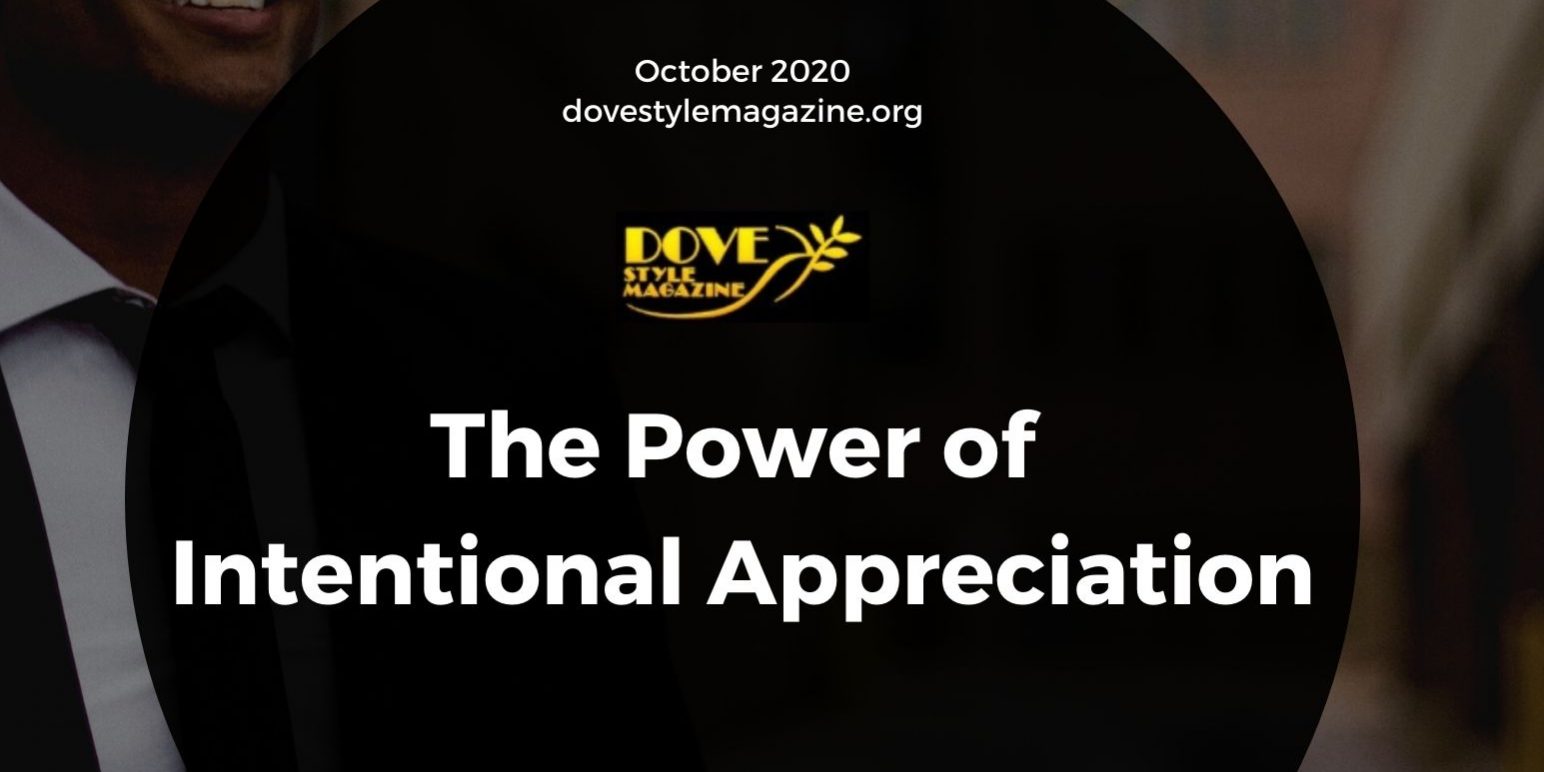 In Your Community and Your Business

“The Giant of La Costa Village”

La Costa was a peaceful village by the sea. One day the military scouts spotted a fearsome giant heading their way. The villagers, soldiers, farmers, husbands, wives and children all ran into the castle of the Duke for safety.

The giant arrived and bellowed: “Feed me or I will kill you all!”
The walls rumbled; the people trembled; but the Duke had a plan…

What does a story about a little village in Spain have to do with community, business and appreciation?

Fair question … I’ll get back to that story soon. But first, let’s talk about community.

A community is a place where people live together in collective support, safety, and growth.

Speaking of growth, there is an African Proverb that says: “The best time to plant a tree was 20 years ago. The second-best time…is now.”

Communities need good people who are engaged and model leadership. They need YOU to make a community that thrives.

This leads us to appreciating the places we call ours. How do we show that appreciation?

Drs. Gary Chapman and Paul White are known for their bestsellers, The 5 Love Languages and The 5 Languages of Appreciation in the Workplace. Replace “in the workplace” with “in your community” and apply them where you live.

Both books highlight the language “acts of service,” which is defined as selflessly doing things for others. They express both love and appreciation.

Following are examples of “acts of service” that anyone can do:

Supporting your local businesses is another important act of service, especially during this pandemic when so many businesses are struggling to stay afloat.

The idea is to keep your money in the community as much as possible. Let other people know where you spend your money and why. As a result, your support brings more business. Thriving companies will attract customers from outside of the local community who will spend their money. This then creates a cycle where more businesses will bring their goods to the community which improves its infrastructure, creating more jobs and opportunities.

If you are going to start a business, then why not do it in your community! If the items you commonly use aren’t available in your neighborhood, don’t spend your money somewhere else, generate community wealth by getting your business up and running!

Some of these trees were planted already, the next best time … is today!

Now let’s discuss the power of intentional appreciation and how it can evoke change.

Showing appreciation should be intentional and purpose driven. The possibilities are endless when that appreciation is sown into fertile ground.

Appreciation with intent also reaps dividends when shown authentically. Oddly, not everyone recognizes or values appreciation. Knowing why you should be appreciative in a given situation and being genuinely thankful for things that are done on your behalf for your benefit should be a no-brainer. If it is not genuine then it taints how it is received and could lead to negative reactions.

The end result is like ripples in an ocean… it travels far.

There is a restaurant I frequent when I go on vacation. It is popular and during the summer it is very busy. My wife and I were being served by a waitress who was also serving a large family of 10 right next to us.

I observed her taking their orders and when it came time for the food to arrive, there were extra servers on hand to help hand out the meals. She oversaw the activity and when a particular plate was being handed to a small boy, she stopped the server because she noticed that it was the incorrect meal. She apologized and sent it back to get the proper order.

I was amazed. When she came over to my table to check on us, I asked if I could talk to the manager. I had to allay her concerns that something was wrong and when the manager arrived worried about a complaint, I relayed what had happened and commended her for her excellent service.

The manager beamed at me and said, “She’s my top server.” I told him; I hope you let her know that. He promised, that at the end of the shift he would gather the staff together and acknowledge how much he appreciates her.

Think about the impact that could have on a hard-working employee in a position where thanks are few and complaints are likely the only feedback given.

You have now planted a seed in fertile ground where a more loyal and positive employee will grow.

Now what if that server was new and never received encouragement or compliments. In addition, think about the impact our lack of appreciation has on someone that is trying to grow without any positivity or gratitude.

It is not unreasonable to expect to see disillusionment, withdrawal, and withering effort.

On the contrary … think about the impact showing genuine appreciation has and the results that continue to occur like joy, positive energy, reciprocity and multiplicity – you’ll get it back and it will be paid forward exponentially!

Your employees, your business and your living community will react the same way – as an overworked waitress, who needs to know she matters or like a disgruntled employee, who never knew they could be better.

You have the power to make a difference!

When will you plant the tree?

Oh, and here’s how the story ends…

The Duke told the giant he would gather all the food, but maybe if he had time to meet with his wisemen than maybe they could give him something special in addition.

Skeptical but intrigued, the giant agreed.

The Duke gathered the wisest people of the village and they came up with a plan that needed everyone to act.

Over the next few hours, the farmers, bakers and the cooks all brought carts of food to the giant. While he ate, the soldiers, craftsmen and the builders cut down trees, tied the trunks together and covered it with hay, making a huge bed for the giant on the beach.

That night when the giant ate his fill, the Duke said, “For sparing us, we have made you a bed of hay on our beach to let the soothing sounds of the waves aid in your slumber.”

The tired giant liked the idea and laid down into a deep slumber.

That night the tide came in and floated the sleeping giant’s bed that was actually a raft. By morning it had carried the giant far away to the horizon where he looked as if he were a distant mountain until he was gone.

The villagers celebrated and were quite joyous. The Duke spoke to them and said, “Mark this day, with my appreciation, and learn this lesson: When we work together, we can make even giant problems go away.”