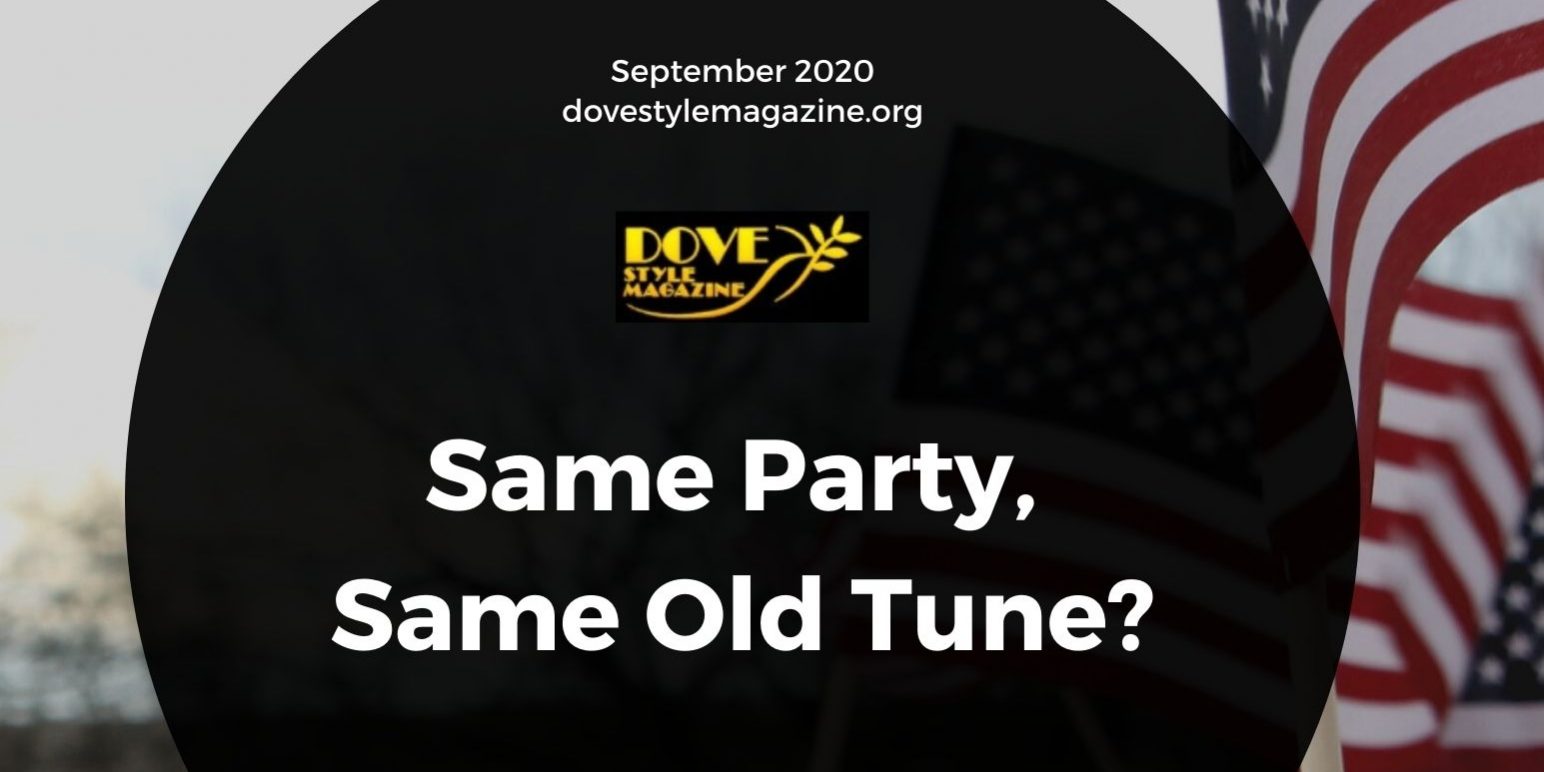 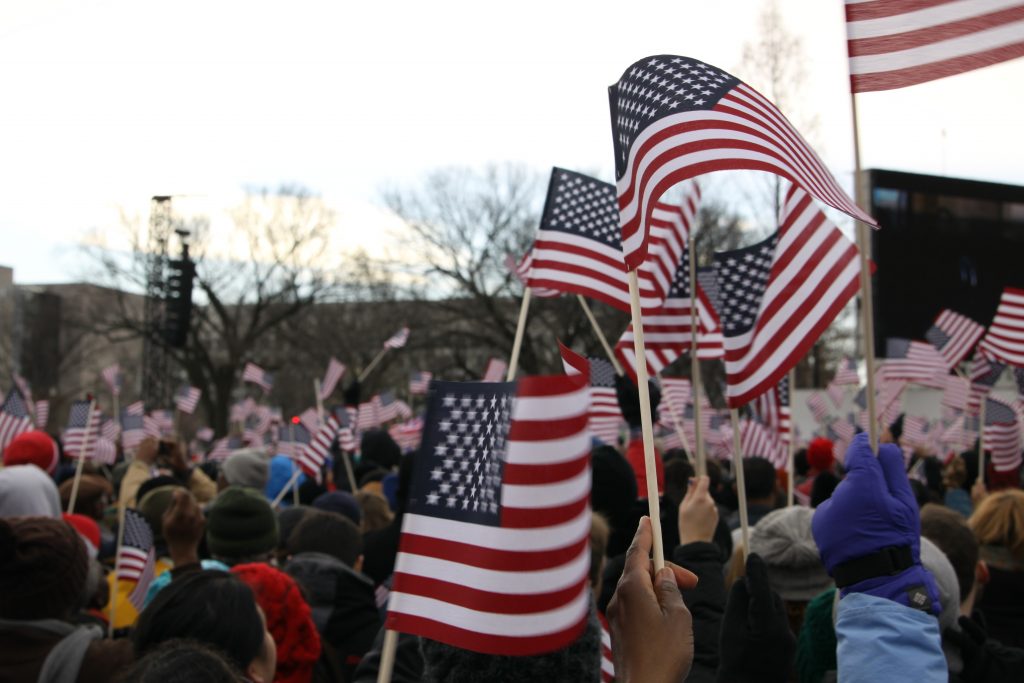 This is a revised version of an original article that will likely never be shared. In all transparency, the first version was an angry, petty, and at times insulting criticism of a position I am in complete disagreement with. My passionate, emotionally-driven reaction did not serve as a call to action, a bridge of understanding, or a teachable moment. It was merely a rant and I can do better than that…I think.

So instead, I offer the following point of view:

I read, see, and hear Black people asking that very question more frequently now during this election cycle. To clarify, I’m not referring to the Candace Owens fabricated “Blexit” crap.

I’m looking at the voices who genuinely feel the Democrats, whom they’ve supported unwaveringly for generations, take their vote for granted at best and at worst, pander to them with church visits, hot sauce, stories of imaginary hoodlum friends, and Wakanda references, in an effort to give Black voters the tiniest piece of disingenuous attention in exchange for Black support.

These people will tell you they are not represented by either party, so why should they support either party. They’ll tell you, Democrats (mainly the Caucasian ones) campaigning in Black areas that Black people are saying things that are ignorant.

They’ll make the case that if the Black vote was valued, candidates would talk about the tangible changes they would institute that are specifically for the betterment and in the interests of all Black people.

They will also point out the complicity of Blacks in this, by still voting for people who won’t do for them. By buying into the song that making the country better will make their lives better; the “all boats rise” story, while still not addressing the unique concerns of the Black communities.

And when the Democrats are in power, the Black voter goes to sleep and remains quiet, not holding their elected officials accountable for their support, while they pass legislation that benefits other groups.

But never for Blacks.

And they are not wrong.

The Black vote has been taken for granted. Black voters have been pandered to, told ignorant things that later have to be explained or walked back, and disrespected.

If the party truly respected the Black voter beyond the need of that vote, the candidates would be informed enough to address Black concerns. They would have several Black voices on their staffs, with diverse points of view to get a full understanding of the Black experience, instead of maybe one.

They would have serious discussions about reparations. Further, If that elephant in the room isn’t addressed, then the candidate isn’t serious about Black lives and holding America accountable for its historical and continued wrongs and therefore is not serious about the Black vote.

Those voices against the Democrats are also wrong.

Those loud voiced critics of the Democratic Party in particular are also disingenuous and disrespectful to the Black voter.

Their suggestions of withholding their votes and sitting this election out because they feel insulted, will likely do more hurt to Black people before their vote protests win them anything from anyone. Instead, it will give the opposition, who are actively disenfranchising the Black vote exactly what they want: for Blacks to have no say in their governance; to have no investment in their treatment in America; to have no representation that might affect the system that feeds them disproportionate power; and to be a voiceless servant class. For those who lie, cheat, steal, gerrymander, redline, poll tax, and work so very hard to keep Blacks from voting, these critics would do their work for them.

These short-sighted new Black leaders show no historic knowledge of why the Blacks of earlier generations marched for the right to vote, among all other rights due to them, as equal citizens of this country. I guess because they have not tasted the full fetid evil of oppression, they think its something to be toyed with or that the ability for it to rise again is impossible because: “This ain’t the 50’s and we ain’t havin’ it.”

Some would rather ridicule the actual people who put their lives on the line to cast a ballot knowing that if they as Black people didn’t vote, they may as well still be literally in chains.

No-Vote protests also will likely create enemies out of the Democrats they want respect from; that the Left will suddenly realize how much Blacks are needed and will now be a true friend to the community is unlikely.

The likelihood of that happening has no precedent. Never in the history of American politics…ever.

If they believe that things won’t get exponentially worse for Black people, if the party that is visibly and vocally supported by white racists, whom the Democratic Party stands before as a shield of protection for the very rights these critics would ignore by not voting, then they are not being the true stewards of the Black community that they claim.

Because, no, it is not the same for Blacks no matter which party is in office. The party that is supported by the confederate flag wavers would absolutely treat Black people differently.

Because, no, it is not in Black people’s self-interest to watch a conservative party decimate the economy every time they get into office. Black communities do not thrive when the American economy is in shambles. Black unemployment rises higher and faster than other races, that means Black poverty also rises and all the tangible ills associated with it rises.

Because, no, it is not true that repealing the Affordable Care Act does not affect Black communities negatively. Some people finally have steady and active healthcare, where before they had none and/or went broke trying to pay for treatment.

If what Blacks need as tangibles are reparations, then understand, this country does not have the collective desire to make reparations happen if all Black people are asking for is money.

Yes, I know, earlier this year the Government made $2.2 trillion appear out of thin air to give away to select Americans and called it a “stimulus.”
I also know that the money and reparations for Black voters have to be approached with sobriety of thought but more effectively, Black voters need to have more Black candidates in the leadership of the party, in the Senate and the House, in the White House and on judicial benches.

The answer is not to remove ourselves. The answer is in voting for Black people’s best interest while developing candidates that come from where you come from and uniquely understand your needs. Blacks collectively should be cultivating dynamic leaders to become the powerbase and decisionmakers in the party.
Want to have reparations taken seriously, then put Black people who are pro reparations in office and on the bench. That game plan was already field tested by the right-wing Republican Evangelicals and it worked.

These Black voices who rail against the concept of voting for the lesser of two evils, truly offer no alternative candidate to turn to and support.

So perhaps, don’t listen to voices that have no purpose other than to complain.

Perhaps, don’t follow the one who leads others to a dead-end and offers no other route.

Perhaps don’t believe those who claim to be about the people but really only promote themselves.

Maybe hold the Democrats accountable without losing to the party that doesn’t want you and actively pursues ways of preventing your vote from being counted.

If there is a vote for the lesser of two evils, why would anyone who wants to protect themselves make it possible for the greater evil to win?
I’m just sayin’, some of y’all need to make better choices.