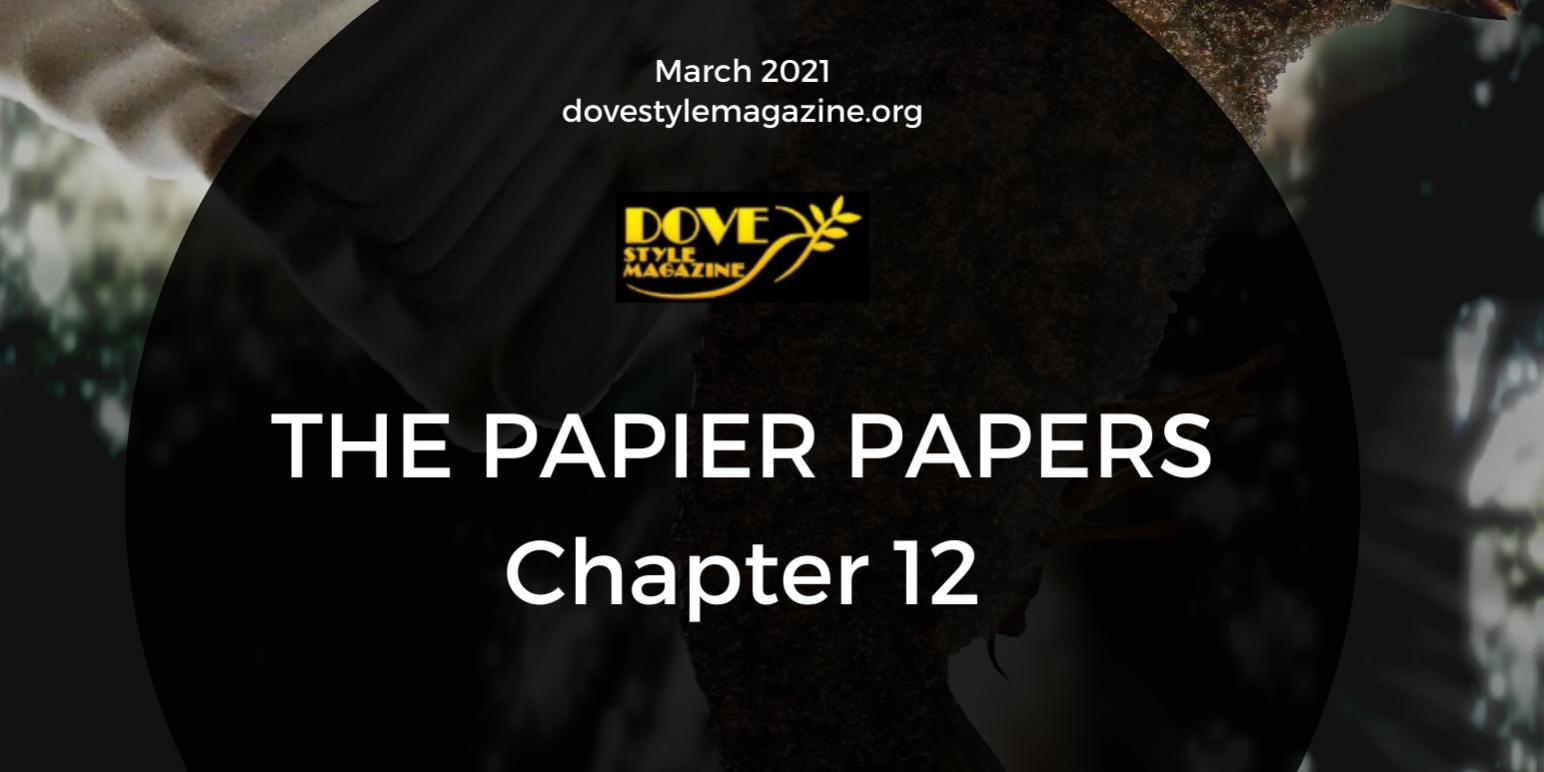 Previously: Stranded in the Otherplace of Authum Myst, Jaak Papier thinks he has narrowed down suspects that may be betraying the group of nomadic Patrolmen to the League of Anarchists. Unbeknownst to him, his sister’s hand has slipped from his grip while he confided his suspicions to the Patrolmen’s Kweg, Qwee. Jaan Papier is in conversation with the Patrolmen’s Seer, Hauntess. 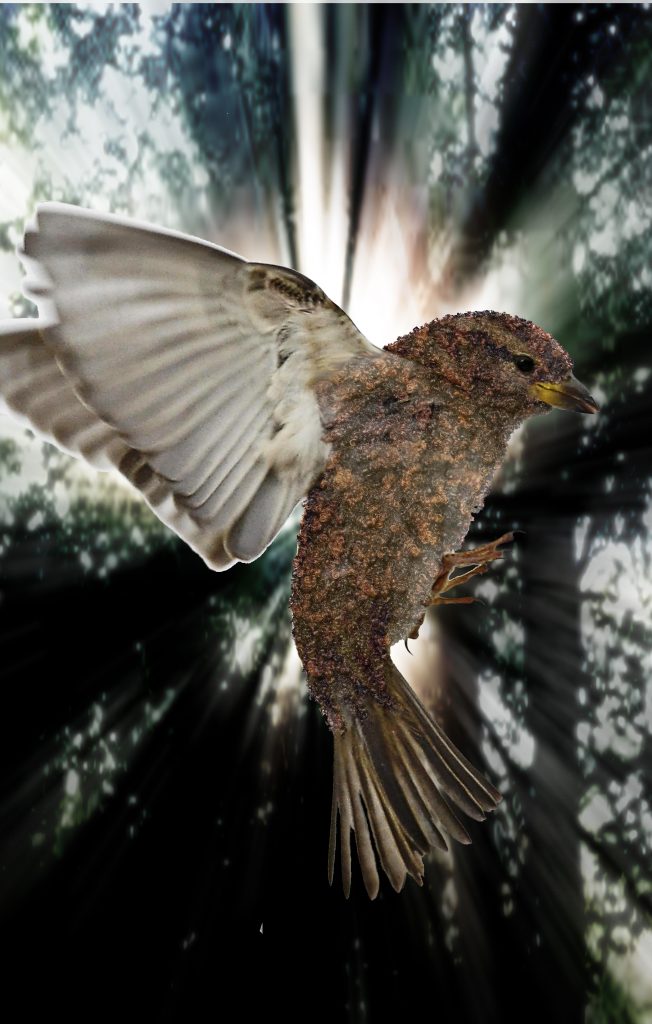 “Are you a good witch, or a bad witch?” Jaan asked, eyes wide with wonder. “I don’t know what a Hauntess is, but if it’s a good witch, I might want to be one too.”

Hauntess smiled down sweetly at the little girl in her pajamas covered head to bare feet in ash. Her own nomadic garb of cloak and wraps was resistant to the clingy debris.

Jaan pointed at Perath frowning unhappily. “He called you a dreamwitch.”

“Do Seers do magic for everyone?”

Jaan pointed at the Peikwa around her. “Nobody has ash on them but my brother and me. Is it Magic? Like a protection spell?”

Hauntess chuckled. “No, it’s our clothes. They are made from leafray underhide. Dirt, ash, and water don’t stick to them.”

“For your brother too, I’m sure. Unfortunately, they take some time to prepare and I don’t think we have access to any hide-workers.”

“Yes, you could do with a bit of scrubbing, dar.” She gazed at the graying sky. “The sun is setting. Maybe Qwee will agree to us going to the river to wipe you down under the cloak of darkness.”

“Why is there so much ash? Was there a volcanic eruption? I’ve seen them on TV and some movies…”

“I don’t know what teevee or moovees are. But the cause was a dragon.”

Jaan’s eyes widened. “A dragon burned everything down? Was it for treasure? Or a ring?”

This time it was Hauntess’s turn to be shocked. “Is that what dragons do where you are from?”

Jaan shrugged her little shoulders. “I’ve only seen them on TV and movies. They don’t exist anymore on my world.”

“Teevee and moovees again … are these means of education where you are from?”

“They can be. A lot of the time they aren’t – they’re for entertainment. I guess it depends on the channel.”

“Channel? You call upon teevee and moovees like spirits to inhabit objects that entertain and teach you?”

Jaan giggled a little. “No. Well, kinda, I guess. A signal from one place – a broadcast station – is   sent out, and TVs receive the signals. Then you watch what is on. You can see different things called programs by just watching one channel, or changing to a different channel. There is a whole channel that tells you what is on other channels and what times they start.”

Hauntess was visibly awed by the revelation. “Your Otherplace must be filled with information. What Myst are you from?”

“If you mean what planet, it’s called, Earth.”

“Earth Myst,” Hauntess spoke quietly to herself. “Autumn Myst, Winter Myst, Spring Myst, Summer Myst … Earth Myst … odd to finally give it a name.” She focused on Jaan again. “Tell me, Jaan, were you sent here by a man named Pohal?”

Jaan shook her head. “I don’t know any adults named Paul. There’s a boy in my class named Paul, but he sticks his finger in his nose a lot. We don’t let him touch us – he has cooties.”

“How did you manage to come here then, dar?”

“What’s a dar?” Jaan queried, “That’s the second time you’ve called me that.”

“A dar is a beautiful little brown bird with springy, tight curly fur – like your hair. They can fit in the palm of your hand and peep merrily, all the time … at least they used to. I haven’t seen a dar since the blight. If you were fast though, you could catch one before it gained too much sky. I used to be very fast when I was your age. My brother Pohal and I were once Runners for the Patrolmen. I called him slowfoot, because he was always the last one home.”

“No, little one. He went through the Myst on a mission to your Otherplace and became paper to us.”

“Was it a secret mission?”

“I guess you could say so. His mission was you and your brother. I’ve never seen him return, but I hoped he would be with you.” Hauntess was melancholy for a moment, then she smiled broadly at Jaan and spoke in a near whisper. “So, my clever little Earthan, if Pohal, didn’t send you, how did you two end up here?”

Hauntess gave a nod to the correction. “Noted.” She raised an eyebrow in anticipation of Jaan’s answer and signaled for Jaan to tell her quietly.

“We fell in by accident. Our dad was starting to tell us a bedtime story, then our mom called him downstairs. There was a big storm outside, and it sounded like lightening hit the house. Then there was this loud, high-pitched tone, and fog started coming into the room out of thin air. Then Jaak grabbed me and we got sucked into the fog and landed here.”

“You never met Pohal, but you have Fahlden names. His hand is in this.” Hauntess shrugged. “Well, you’re here, like the prophecy foretold, so we just plow this through.”

“Where did the prophecy come from?”

Hauntess answered in the same hushed voice they had been speaking in. “From my mother.”