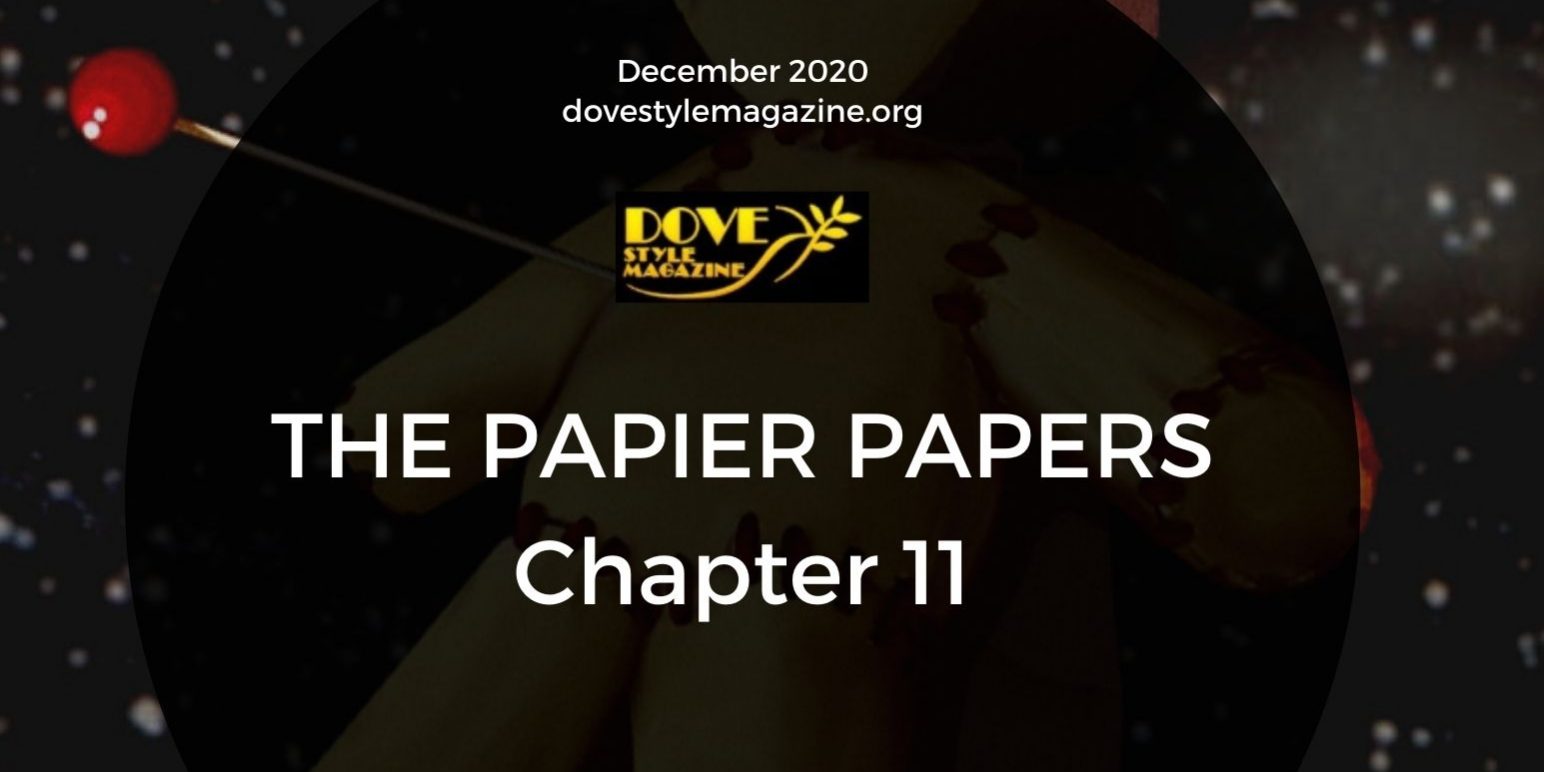 Previously: Finally, Jonah and Kari Papier know where their children are; Fahlden. Paul Papier, Jonah’s relative, a native of Fahlden’s past, plans to return to his place of birth and send the children back. His jubilance was cooled when the parents warned him that from the condition of the leafray that had come through the Myst opening, the Fahlden he knew in his youth may no longer exist. 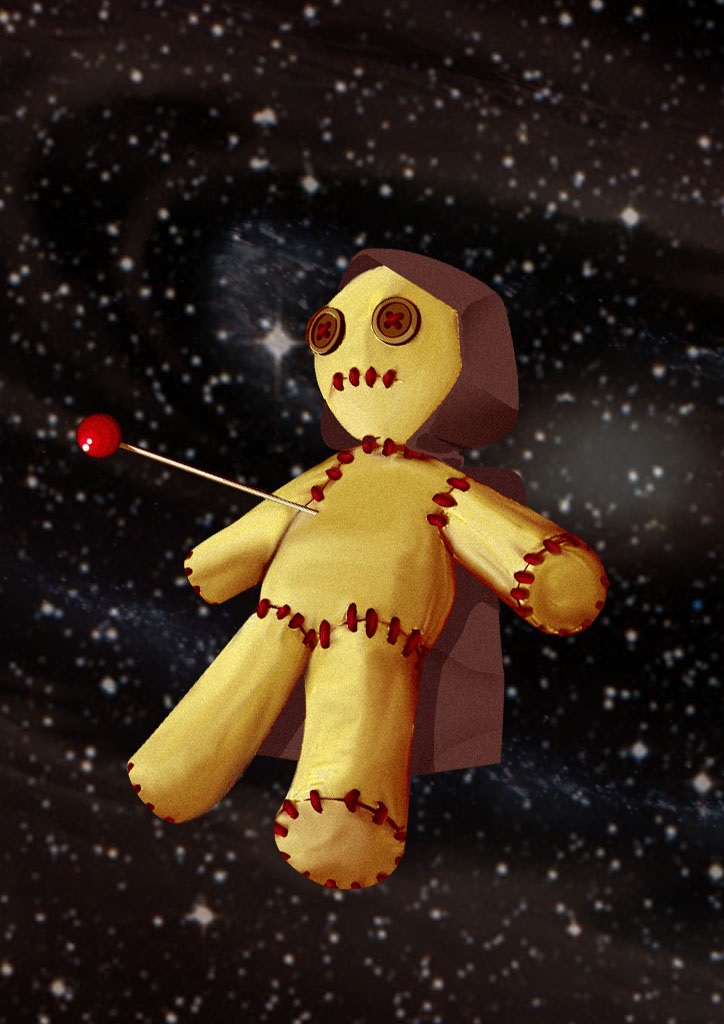 The smell of the place was foul. The electrical, insect-like buzz from the arching bulbs that provided a yellowish illumination, grated on his nerves. That sound was broken by the intermittent thunk of chopping blades doing their work at the expertise of ruthless hands, hands at the end of powerful arms. A greasy, black smoke rose from the brick ovens. The metallic tang in the air was heavy from sanguinated slabs of torsos resembling limbless human bodies. The floor was filthy with scraps, scrapes, and splatters. Despite the gruesome scene of slaughterhouse horror, his stomach growled as he made his way to a side chamber that called to the rooms above in the Hye-castle. He threw back his hooded cloak and sat on the operator’s chair, picked up the speaker to his ear, and spun the crank that sent an electrical charge to the ringer for the call-line. After a moment he spun the crank again and the receiver picked up.

“Speak,” the female voice disdainfully ordered. “You are interrupting a particularly tasty meal.” A classless slurp and wet-sounding burp followed.

The man barely kept his own voice free of the disgust his heart felt. While the rest of Fahlden slowly starved, the Hye continued their gluttony and excess.

“There is an elderly family of two just a mile sun-down of the outer market. They have not been seen for a couple of days. The husband has injured his back, he was a fairly sizable Gardeneer, but with his back pained, he should be easy. The old woman is plump and unsocial. She has no friends within the walls that would note her absence. A Gardeneer would be useful in helping to feed Fahlden. But if he is incapacitated, he is a burden.”

“That’s two. Only two?” The female voice was irritatingly filled with indignant privilege. “What do you expect us to survive on? Our pets?”

The man looked back at the clamor in the nasty kitchen. Sweat and blood, the stench of the oven’s contents, the irritating buzz of the bulb just overhead, the servant throwing sand on the floor to keep it from becoming too slick, the pots and pans banging, the blades hitting the wooden prep slabs, the ghoulish banter among the “cooks”. He thought of the families huddled around a single fire with a stew pot boiling roots with little nutritional value. His jaw clenched as the voice continued with food in her mouth.

“What you want will cause unrest. There is enough animosity in the street as it is with the blight taking a toll on much of the food vendors’ stock. Fahlden was already strained with Other-folk falling here over the years, tasking our resources before the dragon was tamed. The Govestrature suspects the blight came here from one of the Otherplaces. They are considering closing the Gateways until a remedy can be found. If that happens, there is sure to be unrest as things get even harder for Fahlden. The harder things get, the more dangerous it will become for those who flaunt their privilege and excess.”

“The Patrolmen will be looking into the disappearances. They are no fools.”

“They are people. And, people have a price. That’s what being a Hye is all about; Buy what you don’t have, or pay someone to get it for you. If that doesn’t work, then there are other ways to work our magic over any problem. We will always win.”

“It may seem that way while you have more than you need, but there will come a time when what you have will run out. When that happens, the people who have gone without will not embrace you. They will no longer love nor admire you. They will fall upon you as a fang-pack falls on downed prey. Those you paid before, will settle accounts. Because the Hye have not done for themselves outside of their walls and high fences, you will not survive when they come down. You will have nothing to offer for your lives except your bodies. And they will take them as you have taken theirs.” He turned from the sight of the kitchen. “They will take your bodies in every way that you have taken theirs.”

“We have taken nothing. The LOA and the cannibal gangs have- that is what they believe.”

“No, that is what you think they believe. The LOA don’t look down on them, they want to free them. The cannibal gangs may scare them, but they are them. The Hye have done nothing for them. The Hye have used them and not shared what the Hye has gained by the sweat on Fahldan’s backs.”

“No, you’re not. That fact that you think you are is what wedges a divide between the Hye and Fahldans. You lord over them, look down on them, use them, spit on them, step on them, and step over them. You are not among them. You will not be welcomed when you are finally like them- left without your wealth. The Hye cannot hide among them because your pride made sure you were all recognizable to the masses.”

There was a moment of silence on the other end.

“Have you finished? The Hub will not be closed. In fact, Mobiwyte’s plans will see a better profit for us than what the Govestrature has negotiated. We have plans for the dragon as well. Do what I pay you for, and do it better. Now, get out.”

The line went dead. The man continued to hold the silent speaker to his ear as he tried to contain his anger. The handle creaked under his tightening fist. He struggled to replace the speaker without smashing it down on its holder.

“Damned witch,” he cursed through his clenched jaws. “And damn me too for allowing myself to be controlled by her.”

A powerful hand roughly gripped the scruff of his hood.

“Hey, dreg! Get out of here! This isn’t a welfare hall! Back on the street with you!”

The man allowed himself to be hauled out of the call-cabinet and pushed into the kitchen toward the door. He snatched a finger scrap from the prep slab as he passed it. His action did not go unnoticed.

The sounds of work stopped. Chuckles peppered the room as the pots boiled on crackling flames and the arching bulbs buzzed their itchy noise overhead. A big man, puffed up with muscles, blocked his exit. This one looked far stronger than the one behind him who pulled him out of the call-cabinet. This one was a brute. These “cooks” were the night-fears of Fahldans. These men were part of the cannibal gangs. Ruthlessly expert killers with blades and a recipe for every part of a body.

“This isn’t a charity house, dreg,” the brute growled. “If you want meat, get out there and find it for yourself.” He pointed at the man’s closed fist. “Leave it, or join it.”

The man maneuvered the finger from his palm to his thumb and index finger.

“If you think this is worth dying for, then come and get it.” He placed the bloodless scrap between his teeth and pulled his lips back and gave the brute a death-grin.

The brute exploded with mocking laughter. The rest of his comrades joined in confidently. He

nodded to the one behind the man.

“Hold him. I’m going to open his stomach so he can watch his belly-snake spill out.”

As the cook moved in from behind, the man spun 360 on ball of this left foot, catching his attacker in the head with the full torque of his right foot like a mace. The strong man went down head first into a blood catcher, sending an eruption of red plasma into the air. The others stopped laughing. The brute flipped his blade to an underhand grip, and roared like an animal as he lifted his blade for an advancing downward strike. Still grinning, the man’s right hand flashed from his cloak and the blades of his silver fan, etched with a golden dragon, spread wide just before it sliced through the brute’s wrist as he brought his blade downward. The brute had no time to react as the man carried his upward arch into another 360 spin that decapitated the brute. The headless body took another faltering step and collapsed to the filthy floor with his blood spraying from his, still pumping, sliced arteries until his heart realized it was dead. No one else moved. No one else spoke. The man flicked the blood from his fan-blades and returned it to his cloak. He glared at each of them with hatred. He took the finger from his mouth and pointed it at the brute’s body.

“Tell your mistress that he makes three.”

The man the exited the kitchen with no further obstacle. He pulled up his hood to obscure his features, but he knew no one paid attention to the comings and goings of the kitchen staff, if was beneath the Hye to acknowledge their labor and movements. The perfect hiding place for the cannibal gangs. How else were the Hye going to get their unblighted meat? The condition of Fahlden’s society would further deteriorate if the Govestrature couldn’t find a solution to this. Sides will have to be chosen. The Hye will fall. The Legion of Anarchists will take over, and spread to the Otherplaces unless they are stopped.

The man faded into the shadows of the night.