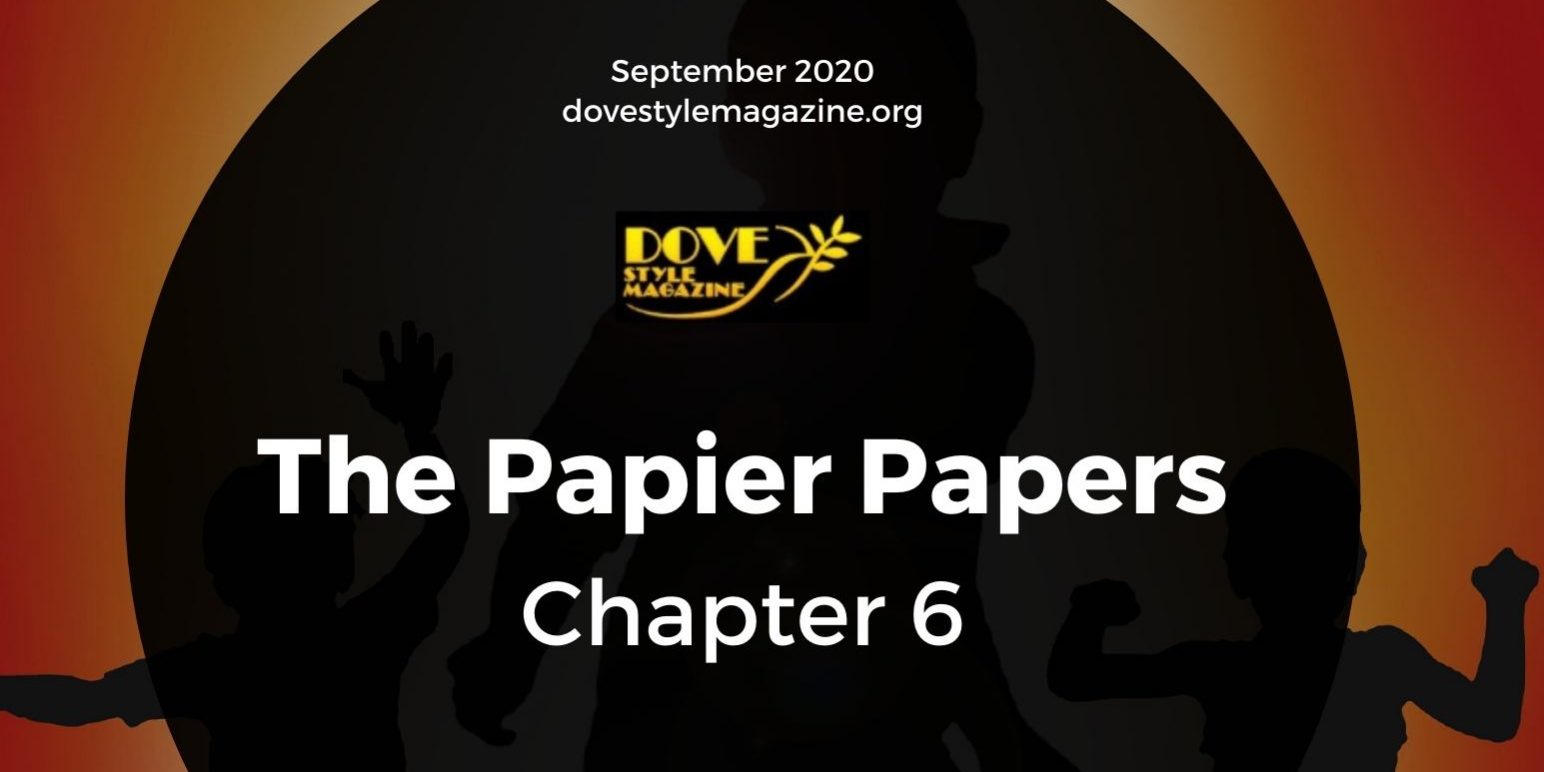 Previously: Jonah and Kari Papier confront a mysterious elderly man claiming to be one of Jonah’s relatives. He claims to know how to stop the looming dimensional convergence that will be the destruction of Earth. 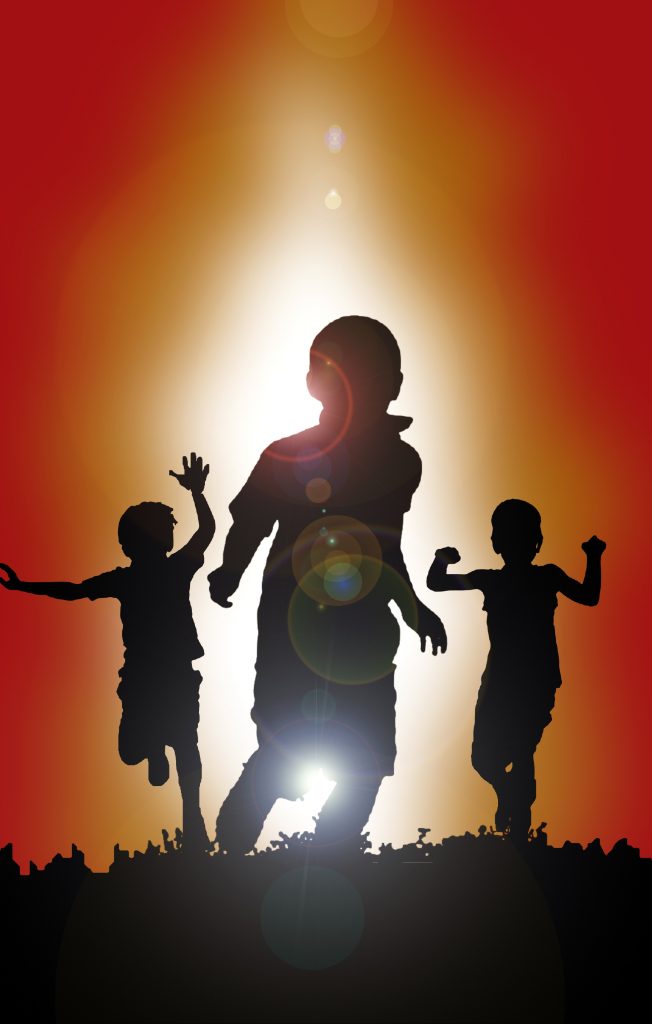 The parents looked at each other. The elderly man standing with them outside their missing children’s room, claiming to be Paul Papier, knew far too much to be a mere impostor. The circumstances behind the naming of their children were not at all widely known. The meaning behind their names was not known even to themselves. But this man pronounced the names with no flaw. Usually, people mispronounce the names as, Jack and Jan.

“Alright,” conceded Jonah, “You’ve got my full attention. Not even the other folks in my family know that there was a condition on my getting the deed to this property. What would have happened if I had refused the naming restriction?”

“Aside from having to find someplace else to live?” The elderly man shrugged. “The world could end for another thing.”

Kari was hackled. “Why would that matter, considering our children? What do they have to do with anything?”

The man calling himself, Paul Papier narrowed his eyes with concern. “Where are they?”

“WHY?” Kari started to advance on the intruder, shrugging off the cautioning hand of her muscular husband. She balled her fists, her body tensing in preparation of her pouncing on the man.

The old man bladed his body to her. “They are important to the solution of this immediate problem.”

“The immediate problem is my children’s name in your mouth. I don’t care who you are, or who you claim to be. What do my kids have to do with this?”

“You’re a bit volatile, aren’t you? Cooler heads win the day. They learn to fight another way.”

“I’m not one of the blood-drones in this family. I’m not conditioned by those poems. I’m here by marriage. The next words out of your mouth better be answers.”

Jonah folded his arms in clear acquiescence to his wife’s intention. “Right now, she’s being the good cop. You don’t want to see her switch to bad cop… answers.”

“My answer is this; Two young will fall to the Alley’s ash. They will make their way along the path. The child of paper will find the egg. The egg of fire long gone dead. The fire will grow to glorious flame. And the people will know him by the roar of his name. His flame will spark the engine new and split the portals for travel through. Thus, the realms will stack in peace. The all-destruction will quickly cease. Heroes will rise with uniting fists and revive the land of Autumn Mysts”

The parents looked at each other, their minds processing the old man’s words.

“Those were the last words of Paul Papier,” Jonah said. “He disappeared after that.”

“What does that have to do with our children?” Kari demanded. “You said ‘two young’. Is that supposed to refer to-”

Jonah pounded his fist against the wall in one loud thud. “Spell it out, old-timer. Why does this involve our kids?”

“Their names are Fahlden in origin. That’s what Honor Alley was called before the Gateway portals were active. While my father was on the run from slave-catchers, he heard this tremendous ringing in his ears. It seemed to be all around him. When he tried to flee from it, he accidentally fell through a slit in what we now call the Ley-levies. He fell through the Autumn Mysts to Fahlden. As you can imagine, it freaked him out. Being an uneducated slave-child, suddenly landing in a new world would be too much to comprehend, but he had no way back to Earth. Not that he was in any particular hurry to return to a place of routine torture and hardship. He lived on the streets of Fahlden like the many orphans that had found their way there, or were unlucky enough to be unwanted or unfortunate. Fahlden seemed to be a dimensional dumping ground. Beings fell through cracks from time to time. It was an annoying occurrence there causing the population to grudgingly grow and strain the natural resources. My father had no name of his own, so they called him Jaak, which was a colloquialism for, just-another-alien-kid. He learned their language and barter-society as he organized the orphans in an area he called the Pee-wee Quad. He met a girl there, in every way his equal. He called her Jaan– just-another-alien-nuisance. They loved each other.

“My father organized the street orphans into a protection racket. He had the folks pretty much in line, but there was something else that the Fahldens feared more than Jaak and his growing organization of street pirates. It was the dragon.”

“But our name is Papier, not paper.” Jaan said innocently. She sat on a tuft of dead grass like an island in a sea of ash.  Around her were the nomadic Peikwa people gathered under the leadership of Quwee, their Kweg, and his advisor, called Hauntess, who seemed to be a prophet or Seer. Everyone in the group was dressed in hooded cloaks or headwraps with capes. All were armed with long, metal folding fans. The barely present breeze did not move their attire while the ground-covering ash occasionally puffed up and roiled like a low-crawling mist. Still in their pajamas, she and her brother were fairly covered in a gray coating of ash acquired from their unsuccessful attempt to ride one of the indigenous leafrays. Somehow the nomads managed to be ash free with the exception of their bare feet.

The Hauntess smiled at the little girl. “In our language, ‘papier’ means ‘storied’, and  if someone is of paper, that means they are foretold, history, legend, or prophecy.”

“Why should it mean us?” Jaak asked.

“You have come here from an Otherplace, but your names are of this land. Jaak, Jaan, and Papier. That is no mere happenstance.”

Quwee laid a respectful hand on Jaak’s shoulder. “The prophecy says that you will be instrumental in returning this land to prosperity, young warrior.”

“If they survive,” commented someone from behind Quwee.

“It is our duty to see to it that they do survive,” Quwee shot back over his shoulder.

The discontented one stood. “At what cost? Look at us! We are but a few, and growing smaller.”

Quwee stood to face the challenge. “We are more than a few, we are a force! We do not back down from danger- we go toward it! We are brave!” he whipped out his long-fan, “We are sharp!”

The Hauntess moved them apart from each other and spoke softly. “We are kind. We would not send them into a situation unprepared or unprotected.”

“We have our own problems! Our people need food, not bedtime stories!” He glared at the unflinching woman.

“Our people need hope. And it has come to us, as was foretold.”

He spat on the ground. “Twisted words and poetry! That doesn’t fill stomachs!”

Quwee sneered at the man. “Is that were your motivation lives? We still have a duty! OUR duty!”

“And where are you leading us– Kweg?”

“I’m leading us to a better day. Not just for the Peikwa, but for the land and the people left in it.”

“You speak of tomorrow! I speak of TODAY!”

Jaak and Jaan watched the disagreement. Jaak saw the concern in his little sister’s eyes. He nudged her to take her attention away from the argument.

Jaan nodded and the innocence returned as her mind latched on to a new subject. “Do you think they have anything like Slickers? I wonder what they have for candy here?”

Jaan chattered about confectionery possibilities, but Jaak couldn’t shake a line from his father’s poem.

“Pirate-chefs and hungry snitches that will sell you out to Voodoo witches,” he recited to himself. “Someone needs to keep an eye on that guy.”