Parents, Where Ya’ll At?

You are here:
Kay ClarkLifestyle & Hobby 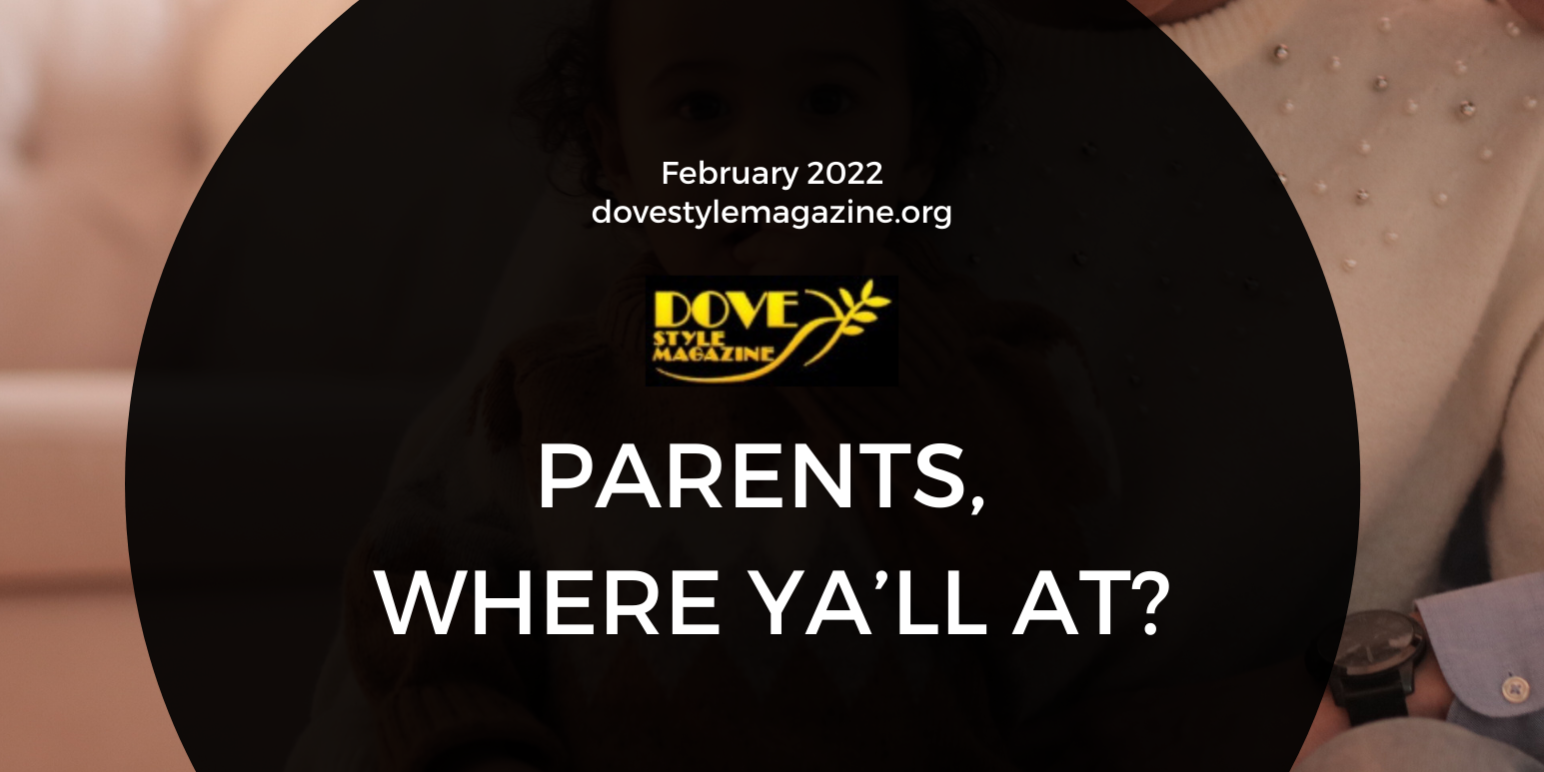 Parents, Where Ya’ll At?

Yep, I said what I said. Parent’s where ya’ll at? There appears to be a lack of parental involvement when it comes to disciplining children these days. Back in the day it was called “home training.” That appears to be an archaic or out of style concept for this generation.

Now here is the disclaimer before the neck-popping and eye-rolling begins. The observations listed here are general in nature as not all parents are neglectful when it comes to creating healthy boundaries.
Here are few insights for consideration:

Children sitting among adults butting into adult conversation. For one, why are the children allowed to be in the room when adult activities are ensuing? A direct eye from mamas back in the day was enough to get out of the room: quick, fast, and in a hurry. Or an auntie would say, “Do you see any children at this table?” Trust, it was better to get a move on rather than respond. Then parents who allow these shenanigans, are embarrassed when called to the school because the child repeated what they heard as if they had a right to do so.

Failure to give up your seat on public transportation to an elderly person, woman with a child, or someone whose arms are full. It was expected as a gesture of respect to yield in these circumstances. Or how about holding the door for someone as a courtesy? It’s as if the thought never entered the minds of this generation.

Watching your mouth around adults and less than school age children. Even the most foul-mouthed individuals turn it down when entering these environments; or at the very least apologize when a slip occurs. When looked at with disgust by the offended party, the denigration just gets more intense. The females are worse than the males. Now granted, each generation has its own issues with language. But come on now, when did the boundaries of self-respect and courtesy disappear?

While on the subject of language, what happened to please, thank you, excuse me, no sir and yes ma’am? Yes, some parents have issues with the sir and ma’am part as residue from slavery. But please and thank you? No one has to do anything for you. These polite words are the least offering for someone who shows up to serve you! Oh, and to bump into someone and not say excuse me! How rude is that? But let someone accidentally crease the new Jordan’s by stepping on your toe. That is reason to shoot them – literally.

Let’s talk about gun violence for a minute. The number of under-aged children with loaded guns is off the chain. First of all, where did 14- and 15-year-olds get a gun from and why aren’t the parents aware that they have it? Privacy? Ha! My mama made it clear that in no uncertain terms every room in the house was hers to enter and inspect anytime the mood hit her. No may I or pre-announcement expectations here. It’s so prevalent now that to go to the mall minding your own business can cost your life. These children are carrying lethal weapons that destroy the lives of everyone involved and all connected to them. They have no coping skills. Life has no value. Then for some, decades later behind bars, remorse has its way. Too little, too late.

It’s easy to point fingers at systems that have failed to support young people. Single parents, family unfriendly jobs, poverty, and the like all play a part. Yet success is found in each of these areas producing children who will grow into adults with respect as a habit. It truly goes back to home-training from the time these children can walk, they can be taught how to interact with others in a way that is conducive to civility.

It is necessary to establish respect at all levels. No longer can parents expect schools and churches to take over parental responsibilities. These entities are support systems. Although an overused cliché, it truly takes a village. This point also seems lost. Better not say something to little June-bug or Shanae when you catch them acting a fool. It’s a fight with momma now. For the parents who do it well with what they have, a HUGE shout-out. It’s not easy. But for the rest, ‘Parents where ya’ll at?’

Kay’s written work is the powerful conversation starter Slices Every Day Life One Bite At a Time with the companion piece Slices the Journal. As a workshop facilitator and Life Coach, Kay is gifted in her ability to organically connect and engage. Kay loves the vibrancy of interactive teaching as well as speaking on the power of thought metamorphosis.

As an evolutionary thought leader, Kay partners with clients to guide understanding how conscious and subconscious thoughts flow into reality. In alignment with her Christian faith, Kay knows that thought is the wind beneath all human experience. It is awareness of the process that brings a clearer focus by using intention to shape life meaningfully.

Kay is the creator of the JOURNEY Life Coach and host of 7-THIRTEEN, the pod-cast as well as an ordained minister. She was a contributing panelist for the Coaches on Parade, Favor is Fair, and Break Free conferences. Kay was featured guest on Let’s Talk Kingdom with Catrina, Uncensored Conversations, and the Unapologetically Free Radio Show. She is a recurring guest instructor for the ENT Positive Self-Building Course and the guest speaker for the Positive Self-Building Course 2020 graduation. In addition, Kay also worked as a volunteer for several local charities, including Habitat for Humanity.