Race Relations in the Workplace ~ Why Are We So Afraid to Talk About It? 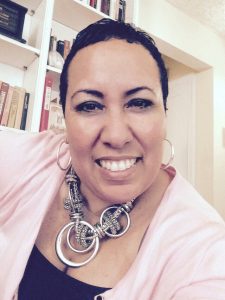 Look…I get it. Having tough conversations isn’t always an easy thing to do. But in order for meaningful change to take place either personally or professionally, one must be willing to be uncomfortable and deal with whatever issues that need to be resolved.

Shortly after George Floyd’s murder at the hands of four Minneapolis police officers last May, many organizations found themselves having tough conversations with their employees dealing with race relations, police reform, systemic racism of African-Americans, protesting, and white privilege among other sensitive, but critical topics.  While some companies and organizations have taken a bold stand against racism in the wake of Floyd’s murder … others have been silent on the matter, although African-Americans make up a percentage of their workforce. Sadly, the company that employs me was one of those companies. My emotions ran the gamut from anger to frustration. I assumed that their quietness about the matter meant that they didn’t care about me as an employee and agreed with the current state of affairs. Those who know me have heard me repeat the following quote by Bishop T.D. Jakes numerous times, “You can’t correct what you’re not willing to confront.” As a matter of fact, it was a part of my email signature block. Confrontation, although difficult at times, does not have to be confrontational. We can’t begin to heal until we deal.

I immediately began thinking about the many sacrifices my Mother and maternal Grandmother made as civil rights activists and knew that I had to take a stand on what was right. That said, I could not put off writing to the president of my company another day to share my disappointment with him. Was I nervous? YES! Was I uncomfortable? YES! But I’m so glad that I did. Before hitting the send button, I read and re-read what I had written and couldn’t help but think how he would respond. As I logged on to my computer the next morning and began reading my emails, I immediately saw not one, but two email responses from him. As I opened the first one, I was taken aback because his response comprised of two sentences that were very direct and to the point. I thought…that’s it? That’s all he has to say? However, after opening the second email, I realized that he had given some additional thought to what I had written and decided to write the second email expounding on what he had written initially. He shared that while he didn’t know what to say, he admired my courage for writing to him and that he needed my help on how to move forward. He also shared that out of 3,000 employees one other employee had written to him as well. I appreciated his honesty, transparency, and willingness to start the crucial conversation on racism.

It’s always better to show up imperfectly than not at all.

So, the process began. Since my initial email, I lent my assistance by drafting language for a video to our workforce, was invited to share my perspective and experiences dealing with racism at two Town Hall meetings, and connected him with an executive who has become an invaluable resource to help him keep the conversations going, as well as how to move forward. I shudder to think what would have happened if I had stayed silent on the matter. The work continues and it requires having an open mind, becoming educated, having extreme patience, and providing a safe place to share.

Maybe you find yourself in a similar or the same situation as me and don’t know where to begin. Here are some helpful tips on how to have open conversations dealing with race, diversity, and inclusion:

Meaningful and lasting change starts with having the tough conversations and getting the unsaid, said in order to move forward and to bring about resolution. The possibilities for healing are endless when we value relationships over the need to be right. Discussing race relations is not a one and done conversation and will take time. A book that my cousin wrote on the subject 23 years ago has been listed on The New York Times Best Seller’s list because the topic is still relevant today.

In the words of the late Nelson Mandela, “Nothing is impossible. It always seems impossible until it’s done.”

Dove Style Magazine’s (DSM) Editor-in-Chief Dana M. Hutchinson is a native Washingtonian and third-generation writer. She holds a Bachelor of Arts degree in Journalism and has over 30 years of experience in the publications industry. She’s no stranger to the magazine world having held several editorial positions on staff of Garden Design, Landscape Architecture, and Corrections Today magazines respectively. For 12 years she served as the Graphics and Production Manager for a Communications Department of a non-profit association where she was responsible for managing the design and production of multiple publications and marketing materials. She’s excited about returning to DSM as its Editor.

More Articles by Dana Hutchinson
Go to Top
Sign-up here and get DSM directly in your inbox.