REAL TALK with The King of Venice: Mr. Michael Colyar 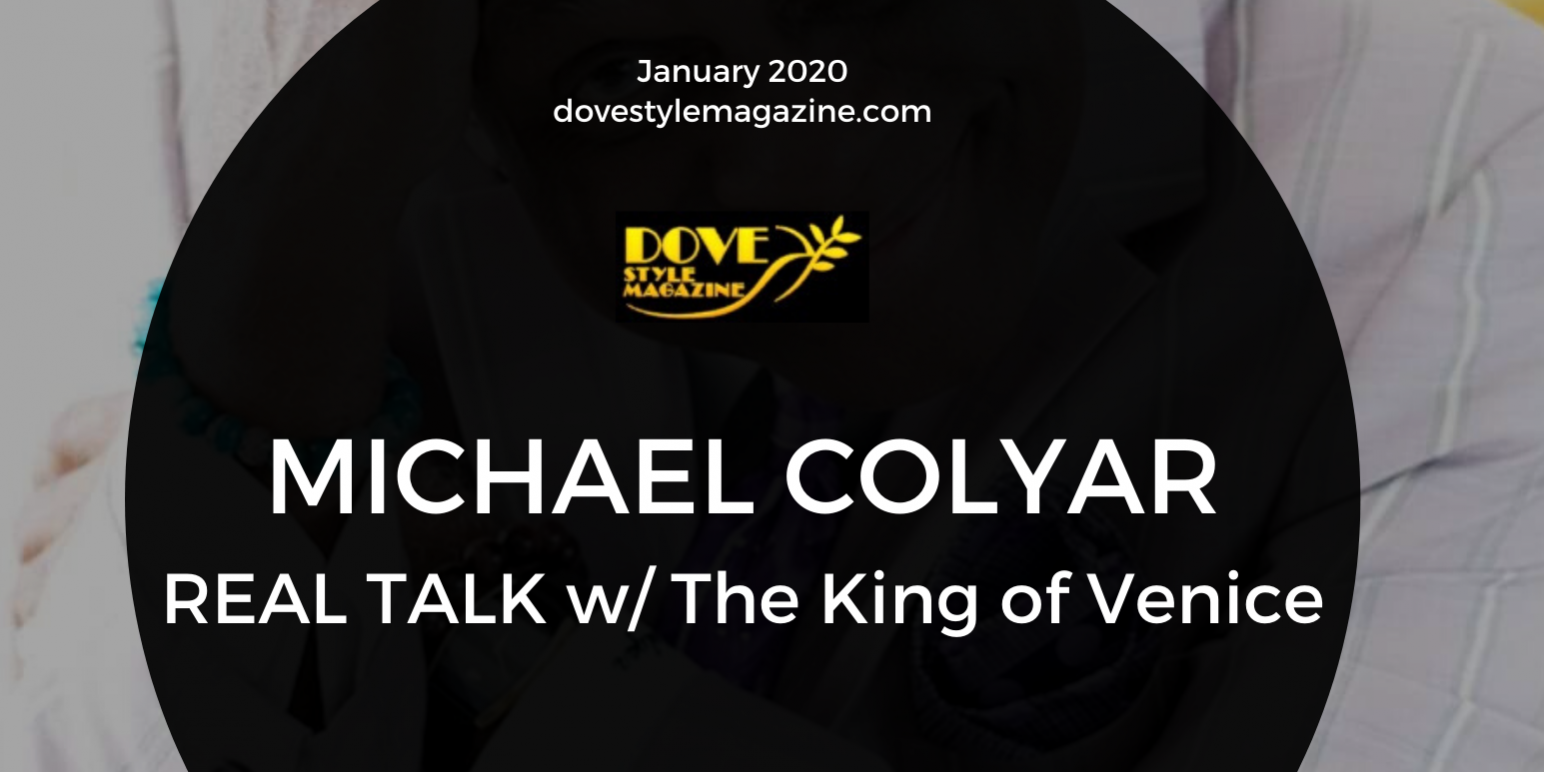 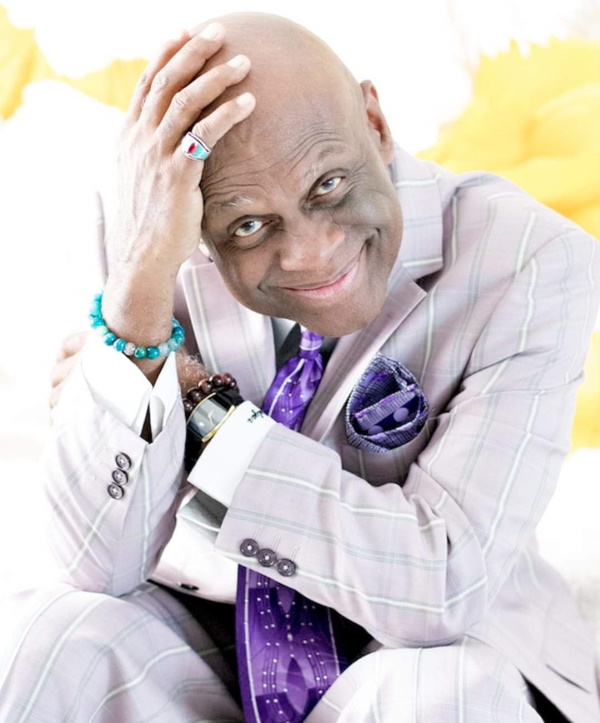 Dove Style Magazine had the pleasure of talking with one of the funniest men in the entertainment business, Mr. Michael Colyar. We have watched Mr. Colyar on many stages over many years and we have laughed until we couldn’t breathe. Seeing him on some of our favorite shows like Martin and in movies such as the House Party series was no different than seeing him live doing stand-up. We caught up with Mr Colyar by phone after seeing him perform to a packed house at The Baltimore Comedy Factory.

I was anxious to know at the beginning of the interview when did he know that he was funny and his answer was..he had been funny all of his life. And I believe him. His conversation was genuine, energetic and, of course, funny.

I wanted to find out more about the person Michael Colyar, not just about his life as a comedian. Michael Colyar is a native of Chicago and the youngest of 5 siblings. He grew up with (who else wwas in the house? Mom? Dad? Grandparents? Want to bring some relevance to the 3-bedroom house.)

Full of energy and conversation, Mr. Colyar shared that he was not only funny as a kid, he was also a creator at heart. He loved to create things since he was younger, one of his first creations being earphones to listen to his boombox. When he entered his high school years, he put that creative energy to work.

He always wanted to be an actor and was determined to make his dreams come true, so by high school, he was looking for opportunities. A big moment for Mr. Colyar happened when he saw his 1st play at school, “Guys and Dolls Musical”. This play inspired Michael so much that he decided to attend the cast party afterwards and his excitement about exploring acting increased. Then he realized how much he liked the whole idea of acting and being on stage even more.

I found this fact about his high school interesting especial growing up in the early 70’s. He attended a school that was written about in “The Raisin in the Sun” play – Morgan Park – Campus Life High School Youth for Christ. The school motto was “one kid at a time”. He talked about his school being diverse, White, Asian and Black, blacks being the minority holding only 15% of the capacity. He even mentioned that his very 1st friend was Latin.

Graduating in 1975, Michael attended Chicago State University and continued his love of theater and acting by getting involved in the local theater, while working as a waiter. Determination is definitely a word I would use to describe Mr. Colyar after interviewing him because he never stopped moving forward in his dream and craft. Michael explains that in 1984, when he saw Eddie Murphy’s Comedy, he gained even more clarity in the direction for his career.  He liked Rick James, Arsenio Hall, Lawrence Fishburne and loved listening to Red Foxx albums that he shared helped him work on his “funny”. In continuing to follow his dreams, in 1985, he moved to California.

Some of you may remember seeing videos of Michael Colyar on the Venice Beach performing and making people laugh and he was known as the “King of Venice”. Michael would perform and perfect his craft back in the Venice Beach days by having 5 – 1 hour shows every weekend. He shared his ups and downs and his struggles along the way, explaining that at some point having too much money and not being responsible on how to use it was his vice back then. Being a true testimony in his life, Michael also shared that he overcame those vices and got back on track with living his dreams.

Michael Colyar has been in the comedy business for a long time, so I wanted to know, “Michael, what is your secret? What tips can you share that can help the next person who wants to follow this journey?”

Michael shared that he learned some huge lessons during his comedy days on Venice Beach. Venice Beach taught him how to stay aware of his surroundings. He said that when you are on a beach with all kinds of people, you never know who is walking up and who is listening to you so he learned how to be aware of who is in the room, or specifically “who is on the beach”. He also shared that he makes it a point to see each and every person. He doesn’t speak to a crowd; he speaks to people. As he is performing, he is truly connecting with people in the audience. The final tip his shared was a good one and probably why Michael has been so successful.

Michael shared that this was one of the biggest lessons that people should learn because there are hecklers in life no matter what you do. If you focus on them, you will lose your focus. With that being said, Michael says he is ALWAYS on his game and ready for the hecklers and he also noted that he is going to get his ‘sting in’…lol.

From stand-up, Micheal pressed forward to do more TV and film. He had some success on TV, but his first movie was actually Hollywood Shuffle which was a satirical comedy film about the racial stereotypes of African Americans in film and television that came out in 1987 directed and produced by Robert Townsend.

When asked where he gets his passion for life, Michael shared that black people are his favorite people. He loves his brothers and sisters and loves to see everyone win. Michael says, “Every Loving Thought is Real – Everything Else is Pain”. Michael Colyar has been around for a while, yes, but that is just the tip of the iceberg. For those who are fans of the House Party movies with Kid & Play who already know him as Showboat, stay tuned because he is presently filming a new movie, “Showboat’s House Party” that will be coming soon! Michael also has a one-man dramatic stage show that chronicles his life and highlight the love and support of his mother. His quote, “…Oh, My Momma Raised Me Right. I Did Wrong on My Own.”

He was such a pleasure to talk with and we talked as if we had known each other for years. He keeps it real and even laughs at himself. He is who is and that makes his comedy so genuine. Every time you see Mr. Coylar, whether it be on the street, watching his Facebook LIVES or watching him on stage, he is full of energy which is so refreshing. Mr. Coylar’s interview could have gone on for hours and hours because he was so full of knowledge, history and a zest for life and it was an absolute joy to be able to learn and share just a small piece of his story.

You can find out more about what Mr. Colyar is up to by visiting his website at www.therealmichaelcolyar.com